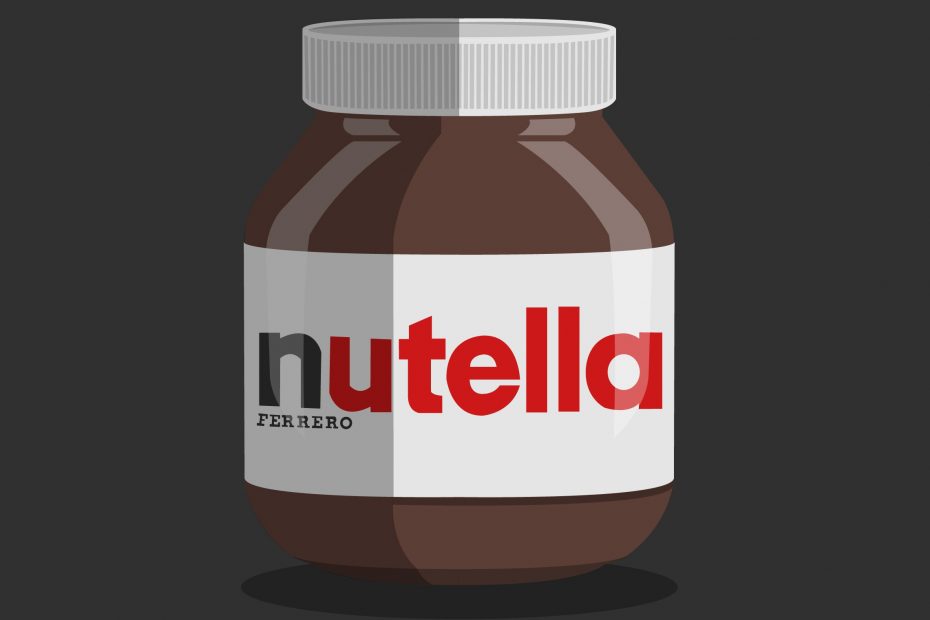 The sweet history of Chocolate and Hazelnuts, like many inventions, “the spread” came out of necessity. In fact, many popular hazelnut products were invented as a response to a lack of availability of normal ingredients. Trade embargoes during the great wars led to a shortage in cocoa, enter the hazelnut.

The marriage between chocolate and hazelnuts can be traced back to Turin, Italy during the early 1800s. At the time, Napoleonic France had imposed the Continental System which blocked French allies and neutral countries from trading with the British. The restriction of British goods from entering European ports and harbours put a huge strain on cocoa supplies. Italian chocolatiers from Turin decided to extend what little chocolate they were able to get their hands on by mixing it with the abundant hazelnuts from the Langhe hills south of Turin.

The Birth of Gianduja

Gianduja is a sweet chocolate spread which contains about 30 percent hazelnut paste. The name gianduja comes from Gianduja, a carnival and marionette character of the time that represented a person native to Piedmont – an Italian region known for its hazelnut confectionery. Around the mid-1800s in Turin, chocolatier is said to have perfected the gianduja mixture and is often credited for creating gianduiotto — individually foil-wrapped hazelnut chocolates that are shaped like upside-down boats.

Where Did Nutella Originate?

Fast forward to the 1940’s, at this time, there was very little chocolate In Italy. Cocoa was in short supply due to World War II rationing. It was Pietro Ferrero that is credited with inventing a cream of hazelnuts and cocoa. Initially, the product was loaves of bread with the spread covering the inside. The wrapped in aluminum foil and sliced.  

The spread became so popular that Pietro Ferrero started the Ferrero Spa Company and the brand, Ferrero Rocher. In 1951, the company started selling containers of the hazelnut spread. Sold under the name, Supercrema. In 1964, they launched Nutella as their brand of hazelnut spread. In 1965, they launched the iconic packaging that you still find in supermarkets today.

How Is Nutella Made Today?

If you are a fan of hazelnuts, they are plentiful in the Piedmont region of Italy where Nutella history originates. Today, Ferrero Rocher is the number one Importer and Processor of hazelnuts worldwide. The Ferrero Rocher company has sales revenue of more than $10 Billion in 2017.

For Nutella, the company buys only raw, shelled, whole hazelnuts from the last available harvest. Once in the factories, before the roasting process, they carry out their quality control process. They have inspections when the nuts come into their factory and then after processing.

Most of what it used for Nutella comes from Turkey, the world ‘s biggest producer. Italy is second, but there is a great deal of variation in the quality and size of Italian hazelnuts. Italian nuts are too expensive to keep Nutella affordable. They have started to increase their use of hazelnuts in foreign countries including Georgia, Chile, South Africa and Australia,  

The Ferrero Farming Values Hazelnut (FFVH) is a program created in 2012 specifically for hazelnut sourcing. The program aims on one side to increase productivity and improve hazelnut quality. On the other side to ensure that the production and the harvest is performed in a responsible and respectful way.

As of 2018, the program has focused exclusively on Turkey. The Ferrero Company is the leader in establishing the market price for bulk hazelnuts being used worldwide. Establishing over 100 model farms and orchards. Holding over 200 training sessions in 6 regions. To conclude, the program has reached over 17,000 farmers.

Have a favourite Hazelnut treat, are you addicted the creamy Nutella spread, share your thoughts with us below…
PrevPreviousHow Van Houten Invented Hot Cocoa
NextTraditional Cyprus Halloumi in AustraliaNext