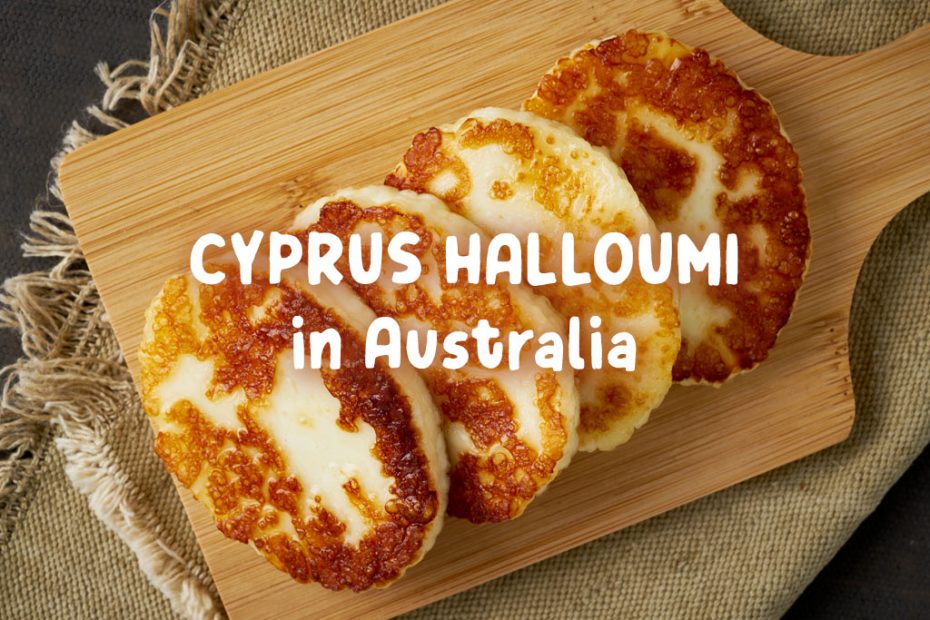 It’s a white, semi-hard cheese made from goat’s and sheep’s milk, although nowadays cow’s milk is also used. Halloumi is called squeaky cheese due to its texture. It’s semi-hard and spongey and when cooked, it squeaks between your teeth. Because of its firm texture halloumi can be fried, grilled or barbecued without melting, and can be served with grilled vegetables or salads. It really goes without saying, Australians absolutely adore this cheese.

Traditionally made from a mixture of goat and sheep’s milk – and these days – cows’ milk too, it is a firm, slightly springy white cheese with a texture similar to Mozzarella and a strong salty flavour developed from being preserved in brine.

Cheese of the Cypriots

Often thought of as a Greek Cheese, Halloumi actually hails from Cyprus where it has been made since at least 395 AD. Halloumi is the traditional cheese found there and is officially recognised worldwide as a distinctive cheese indigenous to Cyprus. Halloumi is widely regarded as the most delicious cheese and to Cypriots, it is a vital part of their diet as well as a source of national pride. Halloumi originated in Cyprus, and Cypriots still make and enjoy it there today.

The name halloumi comes from the Greek work “almi” which means salty water. In Cyprus it is generally served with watermelons as a refreshing snack in the summer months. It’s also an essential ingredient in Cypriot Meze. The secret to storing Haloumi, is brine. As long as it is fully immersed in brine in the fridge it will merely continue to age. You can even freeze it in its brine for up to a year.

During the Medieval Byzantine period (395 – 1191 AD), it is said that farmers produced Halloumi as a key source of protein for Cypriot villages. Villagers all made batches together. This resulted in special cheesemaking and different ingredients depending on the area of origin. Cypriots preserved Halloumi in a salty brine. This meant it was an ideal cheese to make and use without refrigeration. This made it a popular protein and dairy source for centuries. They also found that wrapping halloumi in mint leaves not only improved the flavour but kept the cheese fresher for longer. Mint is still today a popular accompaniment to halloumi.

— During summer time Cypriots love to eat halloumi with watermelon!

— You can try grilled halloumi sprinkled with honey or grape syrup for a sensational taste!

Halloumi is moderately high in fat and a good source of protein. It’s rich in calcium and is also a source of zinc, magnesium, vitamin A, and B vitamins. Ready to get involved with Cyprus Halloumi in Australia? Visit our wholesale page…