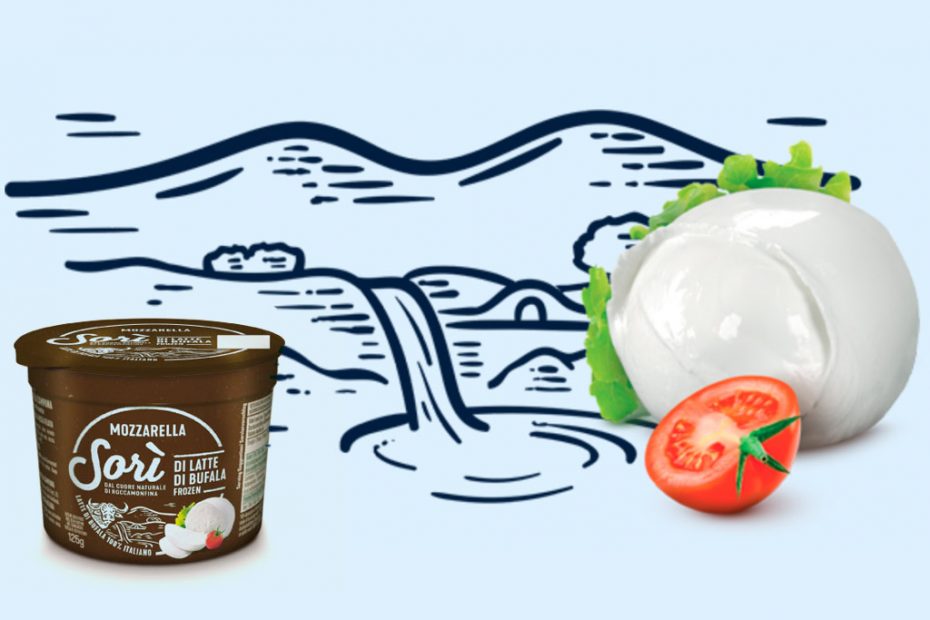 How Buffalo Mozzarella Got it’s Name

Buffalo mozzarella (Italian: la mozzarella di bufala) is a mozzarella made from the milk of the domestic Italian water buffalo. It is a product traditionally produced in Campania, especially in the provinces of Caserta and Salerno.

The term mozzarella derives from the procedure called mozzare which means “cutting by hand”, separating from the curd, and serving in individual pieces, that is, the process of separation of the curd into small balls. It is appreciated for its versatility and elastic texture and often called “the queen of the Mediterranean cuisine”, “white gold” or “the pearl of the table”, in compliance with the finest food quality and taste of the product.

Where is Buffalo Cheese Made?

In Italy, the cheese is produced nationwide using Italian buffalo milk under the government’s official name of Mozzarella di Bufala Campana DOP. It is produced in areas ranging from Rome in Lazio to Paestum near Salerno in Campania, and there are production areas in the province of Foggia, Apulia, and in Venafro, Molise. Buffalo mozzarella is a €300m ($430m) a year industry in Italy, which produces around 33,000 tonnes of it every year, with 16 percent sold abroad (mostly in the European Union). France and Germany are the main importers, but sales to Japan and Russia are growing.

Apart from Italy, its birthplace, buffalo mozzarella is manufactured in many other countries around the world. There are producers in Switzerland, the United States, Australia, Mexico, Brazil, Canada, China, Japan, Venezuela, Argentina, the United Kingdom, Ireland, Spain, Colombia, Thailand, Israel, Egypt, India and South Africa, all using milk from their own herds of water buffaloes.

The history of water buffalo in Italy is not settled. One theory is that Asian water buffalo were brought to Italy by Goths during the migrations of the early medieval period. However, according to the Consorzio per la Tutela del Formaggio Mozzarella di Bufala Campana, the “most likely hypothesis” is that they were introduced by Normans from Sicily in 1000, and that Arabs had introduced them into Sicily. The Consorzio per la Tutela also refers to fossil evidence (the prehistoric European Water Buffalo, Bubalus murrensis) suggesting that water buffalo may have originated in Italy. A fourth theory is that water buffalo were brought from Mesopotamia into the Near East by Arabs and then introduced into Europe by pilgrims and returning crusaders.

In ancient times, the buffalo was a familiar sight in the countryside, since it was widely used as a draught animal in ploughing compact and watery terrains, both because of its strength and the size of its hooves, which do not sink too deeply into moist soils. References to cheese products made from water buffalo milk appeared for the first time at the beginning of the twelfth century. Buffalo mozzarella became widespread throughout the south of Italy from the second half of the eighteenth century, before which it had been produced only in small quantities.