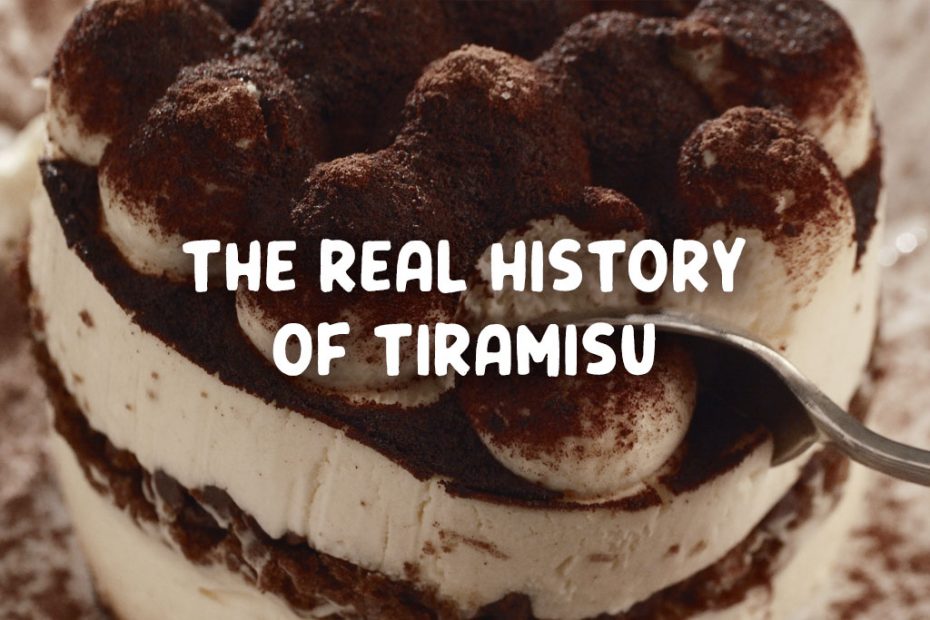 The History of Tiramisu

Tiramisu is maybe the most famous cake in the world that you can find in the restaurants all over Europe and America. Different Italian regions always compete for its origin, but the true history of this soft dessert has no doubt: it was born in the kitchens of a historical Osteria in Treviso.

This coffee-infused Italian classic’s exact place and year of its birth is hotly disputed, but this creamy, dessert has gone on to become a modern classic. Veneto, the northeastern region that calls Venice its capital, claims it first saw the light of day in the early 1970s at Le Beccherie, a restaurant in Treviso. Apparently, it was inspired by a tonic served to pregnant women and nursing mothers to build up their strength.

Across the border in Friuli Venezia Giulia, a mountainous region that borders Austria and Slovenia, they point to a handwritten recipe for tiramisu said to date from 1959 as evidence they got there first. (There’s another, even earlier version produced in the region but it involves whipped cream, rather than mascarpone, so we can safely rule that one out of contention.) The author of the Friuli recipe is one Norma Pielli, proprietor and chef at the Albergo Roma hotel in the Alpine town of Tolmezzo. According to the locals, she served the dish, originally dubbed a ‘mascarpone slice’, to hungry hikers — one of whom gave it the name it bears to this day.

Veneto still hosts the annual Tiramisù World Cup for amateur chefs, centred on two categories: ‘original recipe’ and ‘creative recipe’. Entries in the former must use only savoiardi (a drier, crumblier version of what we might call ladyfingers or boudoir biscuits), mascarpone, eggs, coffee, cocoa powder and sugar, all supplied by the organisers. No alcohol is permitted, because none appears in either of the recipes claimed as the original (a detail the Treviso camp uses to justify the theory it’s based on a dish once served to pregnant women), and this list ‘does not’, the official website insists, ‘admit any variation’.

Even in Italy there’s room for a little experimentation…

Even in Italy there’s room for a little experimentation. The Tiramisù World Cup’s ‘creative recipe’ category, which permits the use of three ingredients in addition to mascarpone, eggs, coffee and cocoa, was won last year by a fairly straightforward riff involving cinnamon and ginger. But more daring entries have included pineapple, matcha tea, chilli and beer, while a controversial vegan version replaced the mascarpone custard with rice milk, vegetable cream and potato starch, with handsome-looking results.

The original recipe doesn’t foresee whipped cream, an ingredient introduced years later. The cream has to be soft, almost liquid, sweet but not too cloying and the ladyfingers have to be wet perfectly in the coffee, but not too much, because they don’t have to flake off or leave liquid on the cream.

To prepare the traditional Tiramisu, beat the eggs with sugar until they became spumy, mix the mascarpone cheese, blending gently. Prepare coffee with a moka and cool down on a dish. Dip quickly the ladyfingers (in a homogenous way and without exceed), place in a pan, cover with a generous layer of cream and repeat with a second layer. Finally, sprinkle with the unsweetened cocoa powder.

Closing Note: Tiramisu has to strain and it has to be eaten with a teaspoon, no slices cut with a knife!