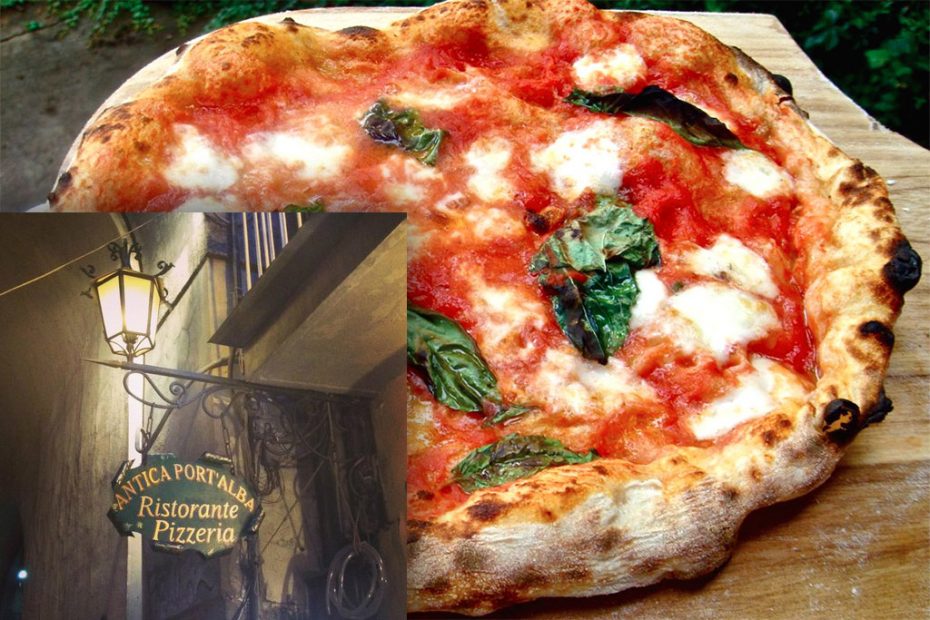 It is considered the “yeast of life” and a known as a source of “happy eating,” the pizza quickly became a favourite food from east to west. Where is the oldest pizza shop in world? This is a question that needs to be answered, and our food loving staff here at ACIT, stand ready to sleuth!

Opened in 1830, Pizzeria Port’Alba, holds the honour of being the world’s first pizzeria. But the date actually goes further back even, as the true established date began in 1738, where Antica opened as a food stand for peddlers. The official Antica Pizzeria Port’Alba is located in the town centre at Via Port’Alba, in Naples, Italy.

The restaurant went on to replace the street vendors who would make pizza in wood-fired ovens and bring it onto the street, keeping it warm in small tin stoves. Most patrons were artists, students, or others with very little money. A payment system, called pizza a otto, was developed that allowed customers to pay up to eight days after their meal.

Antica Pizzeria Port’Alba began cooking pizzas in ovens lined with volcanic rocks from Mount Vesuvius in 1738 and the establishment is still open today. These first pizzas to appear in the world featuring cheese came about by combining a trio of foods from around at the time:

– The flat bread concept came from the Greeks,
– the tomato came from the New World in Peru,
– and the first mozzarella cheese was made from water buffalo milk imported from India.

Pizza maker Don Raffaele Esposito was the clever guy credited with putting them all together and in doing so, became the father of the modern pizza. As the story goes, Esposito was called to the Italian royal palace to make a special dish for Queen Margherita, but more on that in another future story!

Since its creation in 1830, the eatery’s ovens have been lined with lava rocks from nearby Mount Vesuvius.At the time of its creation, one popular pizza was the Mastunicola, topped with lard, sheep milk, cheese, and basil. Basil and oregano were the most common herbs, while other toppings included seafood, buffalo mozzarella, cured meats, and cecinielli.

Antica Pizzeria Port’Alba is still in business today, located between a number of bookstores in the heart of Naples.