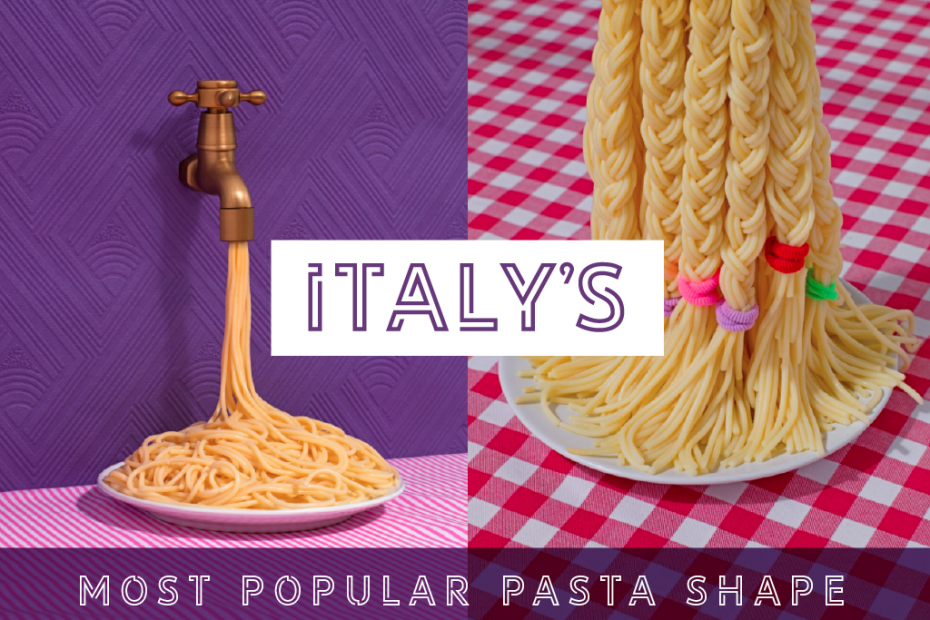 Although the origins of pasta are often debated, Italy is undoubtedly the homeland of this state item in the world of food.  According to The Italian Association of sweets and pasta, the country produces over 3 million tonnes of pasta food-stuff annually.  Whilst just under 2 million tonnes is exported… and mostly to Germany, France, the UK, USA, and Japan. The rest of food delight, is consumed within the country of Italy.

The average Italian eats around 23.5 kgs of pasta a year.

All of this pasta comes in a wide variety of shapes. It’s estimated that there are about 350 forms, all used for different reasons. Here is Italy’s most popular pasta shape…. Spaghetti  Translating as ‘thin strings’, spaghetti is one of Italy’s most iconic pasta shapes.  Around 30cm in length, they are cylindrical strands known for their use in Carbonara or Puttanesca.  Given that spaghetti is not made to retain sauce as well as other pastas, it is better suited to lighter, simpler sauces.  A classic spaghetti aglio e olio is a classic example of this. Also, it’s important to remember that spaghetti is never used with bolognese sauce (ragù)!