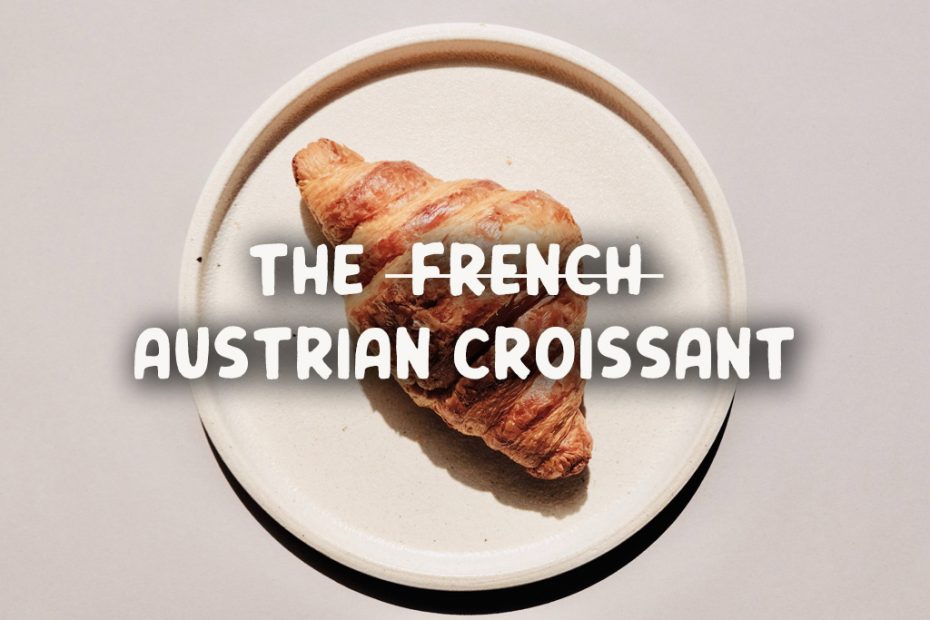 Did the French Invent the Croissant?

The instantly recognisable pastry that can be found around the world and in sweet or savoury form. Whether twice-baked, doused in simple syrup, chocolate, or crammed with almond cream, these beauties of the pastry world are perfectly balanced in every element. From sweet to savoury, light to dense, and butter to nuttiness

Croissants are made of nearly 25 per cent butter, which probably has something to do with their addictive appeal. A quality butter means you are cooking with a fat which has a relatively high melting point. Star bakers will aim for a crisp, crumbly exterior with a buttery multi-layered interior, each layer as light and airy as the next. If we are talking the Almond Croissant, the technical, laborious process that goes into making it is unbelievable, and even includes an egg wash to it give it yellowy-golden colour.

The ubiquitous croissant first appeared on the culinary radar in the 1840s – and this is where things get very interesting. They were first founded not in France, but Austria, cue the ‘mind-blown’ emoticon. Known there as the kipferl this is the name of the croissant that actually hails from Austria, and this is where things get, eh, conspiratorial. The kipferl was “adopted” by the French and, with a few “modifications”, became the iconic pastry we know and love.

Since then it has become a go-to for many people starting their day, with the masses of humanity hailing the praises of the French nation. We ask WHY, and HOW did the French pull this off? Many expert bakers allege that the this flaky viennoiserie of the gods, was stolen not unlike identity theft in modern times. Regardless, we leave it to our readers and future historians to take this research the next level it deserves. The the original inventor of the Kipferl, we here at ACIT solute you.