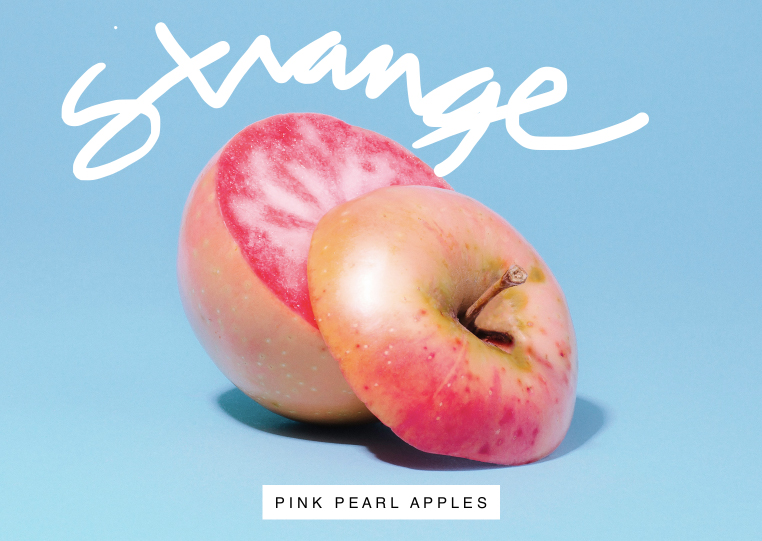 As you may well recall from the first post in our strange fruit series, it is claimed that every time an apple tree grows from seed, an entirely new cultivar is born. The fruit from that tree will be the first and only of its kind, never known or tasted before. There are estimated to be 7,000+ named cultivars of apples in the world. In this, our second article in the series, we’re talking Pink Pearls, unremarkable on the outside, but when you cut them open you’ll find a wonderfully whirled world of pink and white. Briskly tart, they’re probably best baked in something, like the clafouti (think custardy baked goods). 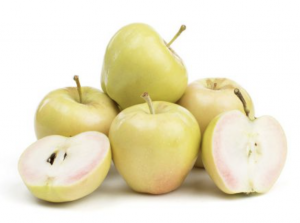 Developed in 1944 from a variety called “Surprise”, baby pink apples are an heirloom variety belonging to the Rosacea family. Said to have been developed from the noted California plant breeder Albert Etter. This apple was the Etter Surprise hybrid singled out for patenting and official introduction in the mid 1940s.

While the skin ranges from beige to pale yellow the flesh inside has pale pink staining under the skin. The texture is crisp and juicy with a sweet-tart taste that leans more tart than sweet. Baby Pinks hold their shape when cooked and grow darker and sweeter. Bright pink flesh; light pink blossoms. The fruit is crisp with a sweet/tart flavour, conical shape; skin is a creamy pale green. Parent is red-fleshed surprise.  Pink Pearl apples ripen in late August to mid-September.

Got an odd fruit you are fond of or one you think we should add to this series? Let us know in the comments below!