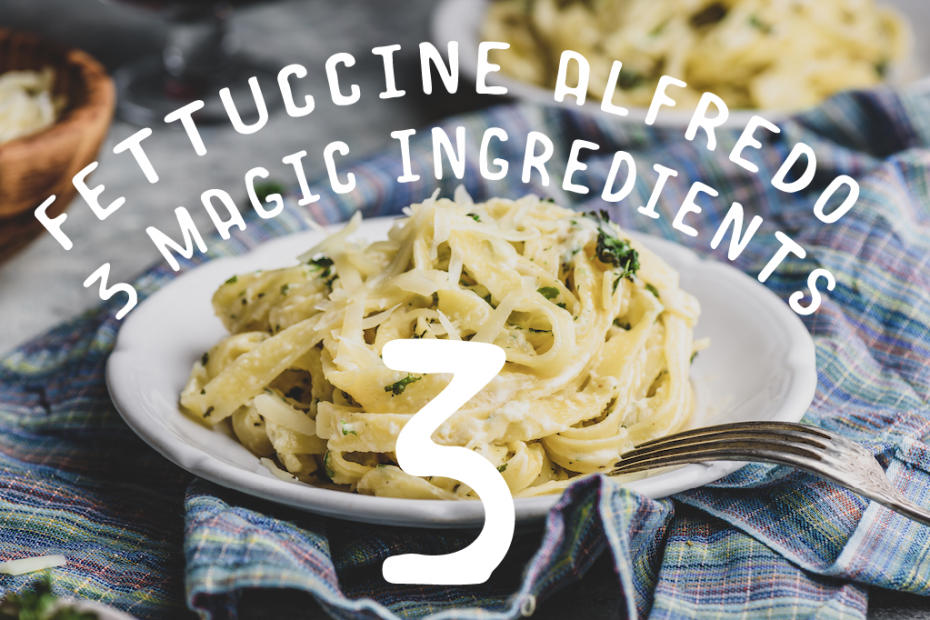 We’ve all come to know and love the comforting taste of Fettuccine Alfredo. The perfect combination of parmesan cheese, fettuccine noodles and pure wholesome butter.  Its like, on the one hand, you have pasta immersed with cheese and butter and on the other … well, you see, therein lies the truth of this remarkable dish, there really are no other main ingredients. That is where the magic lies, in this perfect trifecta. This holy-trinity of sauces. Turns out the authentic, original dish is 3 ingredients and garlic isn’t one of them. It’s literally just pasta, butter and parmesan cheese.

Searching the internet and what you will find is page after page of butter and parmesan. This is the only “authentic” way to make this glorious dish. Adding other ingredients, you will quickly realise what you thought of as alfredo sauce wasn’t quite what the dish called for.  The good news is, if you crave a little something extra besides parmesan and butter, then onion and garlic will not lead you astray.

Where does this iconic dish come from and how was it first made? We’ve gone to the birthplace of Fettuccine Alfredo, and guess what? The real history is tossed in mystery!

If you were under the assumption that fettuccine alfredo was a pasta dish invented in the U.S., as it turns out, this divisive, and oft misunderstood dish, was born in Rome. Many say Alfredo di Lelio had a unique passion for delicious Italian food. A little known chef, it wasn’t until 1920 when Alfredo Di Lelio’s name would be etched in history. His pregnant wife refused to eat, so he had decided to make her the simplest plate of pasta he could think of and just like that, he made Fettuccine Alfredo.

This all happened in the exact spot where the restaurant Alfredo alla Scrofa stands today (also boasts a much better historical piece). Alfredo opened the trattoria or ‘Italian restaurant’ in 1907. He turned it into one of the places to be in Rome.